Kapurthala is an important city and district in the state of Punjab which is fast turning into a developmental hot bed due to the advantageous geographical location of the place. The proximity to places such as Jalandhar and Amritsar makes Kapurthala a geographically advantageous place. The district is one of the smallest in Punjab in terms of population as well as area. 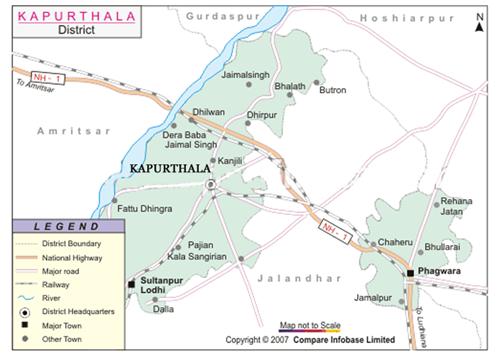 Location and Other Details of Kapurthala

Kapurthala lies in the coordinates of 31.38°N and 75.38°E. Conveniently located near major cities such as Amriitsar and Ludhiana, there is a unique feature to the location of Kapurthala. It is the only district in India, where one part of the district i.e. Phagwara lies in another district that is Jalandhar. This somehow makes Kapurthala a unique district.

Soil and Crops in Kapurthala 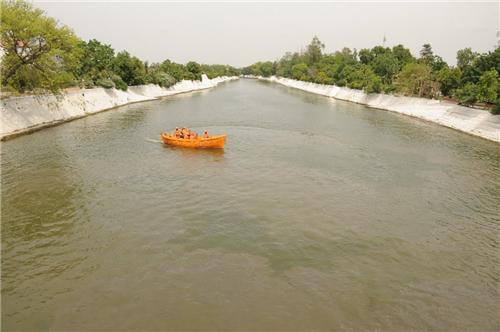 The soil of Kapurthala District is majorly alluvial soil and the district is an alluvial plain. Soil formed of soil and clay, which is also locally known as Dona as it is made of two constituents, can be found to the south of the River Kali Bein. The alluvial soil in the region helps in producing crops such as Paddy, Wheat, Sugarcane, Maize and Potato. One other geographical feature of the region is that it lies in between the interaction of River Beas and River Kali Bein. This area, known as the BET area is marred frequently by floods. The soil of the BET region suffers too because of this and water logging and alkalinity of soil is a major problem faced in this region.

The district and city of Kapurthala has is located in a geographically advantageous place in a way that helps it to develop in terms of industry. A good rate of literacy coupled with decent male to female ratio is another drawing feature of Kapurthala. The small but developing Kapurthala is thriving well because of its geography.