Kali Bein River is one of the important rivers that flows from Kapurthala and has religious and historical importance attached with it. The river has gone through tough times and has been prone to a lot of damage due to industrial minerals. But the labor of people from Punjab has restored the river to its past glory.

The Kali Bein river is 160 Kms long in length and it flows into the great Sutlej River. The river starts from Hoshiarpur and passes through Sultanpur Lodhi and Kapurthala after which it finally meets River Sutlej at Harike Pattan. 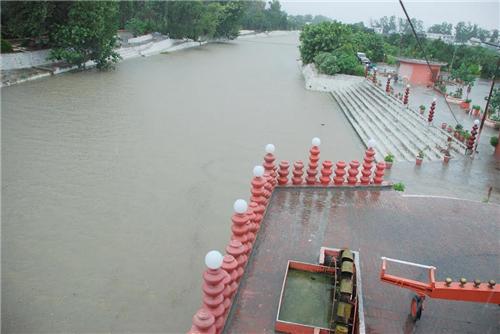 The Kali Bein River is a religiously important rivulet and is believed to be very closely associated with Guru Nanak Dev Ji’s life. There is great tradition and faith attached with the river. As the tale goes, it is believed that Guru Nanak Dev Ji used to perform his meditation under the Ber Tree that is near the banks of the Kali Bein River. The meditation is believed to have continued for more than 14 years. Legend has it that the holy Japji Sahib was composed at this place near tha bank of Kali Bein river. In fact, it is also believed that the Udasis were also started from this place.

Dhanao Villge in Hoshiarpur District is the site area from where the Kali Bein emerges. The Kali Bein used to merge previously at a point where River Beas and River Ravi met. But in due course of time River Beas changed its course and thus Kali Bein was deprive of this great resource that somehow marked the beginning of the decline of Kali Bein. Bt the Kali Bein was revived with concerted efforts of the Sikh Community and today drains at least 43 towns and villages.

As is the fate and case of many rivers in India, the Kali Bein became a total mess post 2000 due to gross negligence and rapid industrialization. With the setting up of industries and irresponsible discharge of effluent from the industries the Kali Bein became very polluted. So much so that the mineral discharge  gave a back look to the water of the river. The water became stagnant and the river was turned into a dumping ground by the industries. 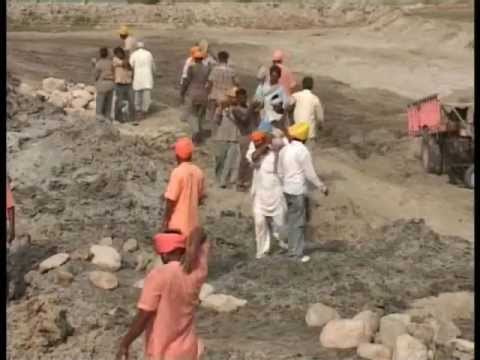 The community and Sikh religious leader Sant Balbir Singh Sancherwal came forward to revive the river. Following the Sikh tradition of kar sewa and Daswandh, people pitched in with monetary help as well as volunteering activities to clean the great river. Funds were raised and massive public awareness campaigns were initialized by the volunteers whereby locals were educated to dump their sewage elsewhere. The constant and massive effort under the Sant’s leadership bore fruits and today Kali Bein is far better than what it used to be.

The Kali Bein River is a true mark of what human endeavors can attain and achieve. The nearly extinct river has been brought back to life by constant efforts. The religiously important river has gone back to its past glory.

Explore more about Geography of Kapurthala